Assam Bengal Navigation is the original cruise operator on India’s Brahmaputra and Ganges Rivers, having navigated these mighty waterways since 2003.

A world away from the more well-trodden roads of India, the eastern corner remains untouched by mass tourism.
From dancing monks to one-horned rhinos, colonial vestiges to terracotta temples, remote villages to bustling cities, travelling by boat opens up a treasure trove of history, culture, wildlife and religion.
The cruise may last only days, but the memories will last a lifetime.

With its blue rivers that often resemble the sea; green mountains that are home to leopards and elephants; and swathes of aromatic tea gardens forming the world’s largest tea-growing region, it’s easy to understand why Assam is a very special place on earth.

The mighty Brahmaputra River originates in Tibet and brings its glacial Himalayan waters down to India. As a vital source of transportation, its waters bring trade and life to the villages that dot its banks. The Brahmaputra River Valley is home to seven national parks, including two UNESCO World Heritage Sites, making it a wildlife enthusiast’s paradise; home to an abundance of unique flora and fauna that may be viewed from the ship’s deck.
The river offers a snapshot of life in northeast India; a chance to explore country towns and rural villages, the river island of Majuli and ancient temples, as well as spotting the magnificent One-horned Rhino on a jeep safari

The Ganges may begin life as a mere trickle in the Western Himalayas, but as it powers across India it brings life, livelihoods and cultural wealth to millions of people. Its vital waterways and religious significance have drawn travellers to its banks for thousands of years, creating a confluence of colonisers, from the Mughals to the British, the French to the Dutch. This rich tapestry of historic sites, cultural influences, and political epochs has left a legacy that endures to this day in its buildings, people, religious sites, and food.

From the crumbling vestiges of the British Empire that line Kolkata’s wide boulevards, to the vibrant, electrifying colour of Varanasi, the Ganges peels back the layers of history that have moulded India into the country she is today. Besides being a life-giving force of nature, it’s not uncommon to find people bathing in the latte-coloured waters of the Ganges, and offering flowers and lit oil clay lamps whilst in prayer. 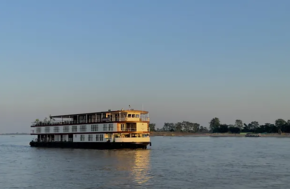 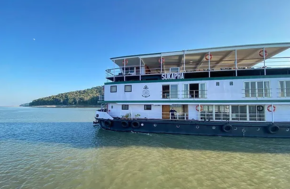 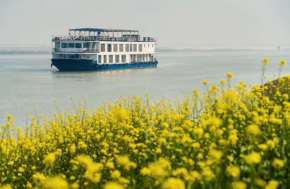 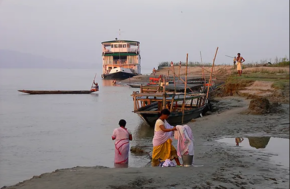 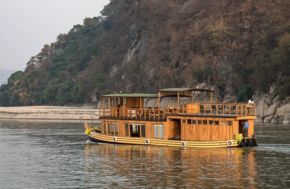 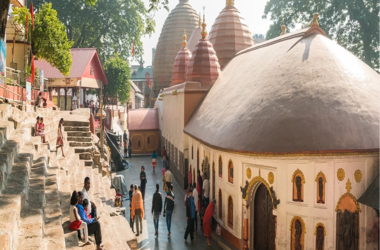 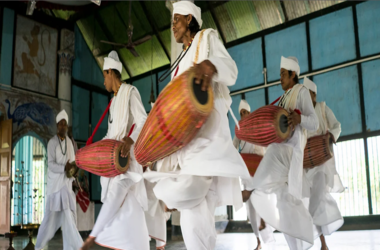 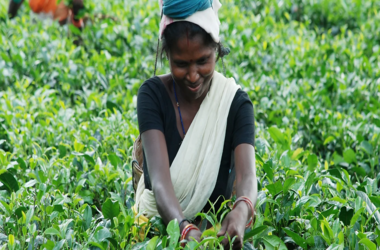 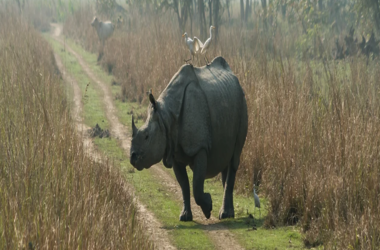 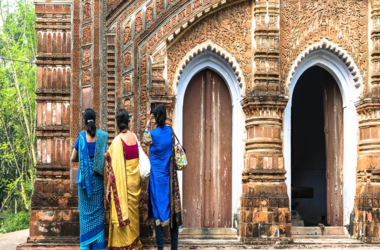 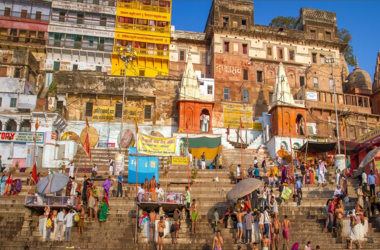 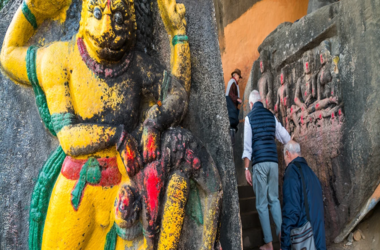 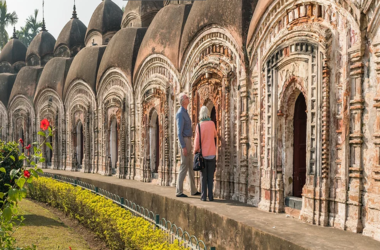