Nepal is also known as the ‘Roof of the world’ with beautiful elevated Himalayan peaks.  It may be small in area size but this small country has eight out of the ten highest peaks in the world, including Mount Everest and Kanchenjunga. It’s landlocked between India and China and still, try to maintain the balance with these two giants.

Nepal has a rich culture with delicate handmade artistry as a major attraction. The colorful prayer flags, dramatic landscape, serene nature, and friendly people-  it is hard to detach yourself from loving Nepal. With the dominant Hindu and Buddhists, some of the best souvenirs from Nepal have a religious significance and meaning. They reflect the faith and culture of the people. The monasteries in Kathmandu and Pokhara are worth visiting! One of the major attractions are Thangka Painting, they are the oldest traditional ways of depicting scenes. If talking about Nepal then one must include the magnificent art and architecture of the country.

Your visit to Nepal is not fulfilled if you haven’t experience the delicacies of Nepali cuisine and lived in the peaceful monasteries. Amidst all the chaos, the Himalayan view will be the most calming thing to see. For all the venturesome, Nepal has adventurous trekking routes too. With its diversity from jungles, rivers and mountains, Nepal is a must-visit place for your vacations. 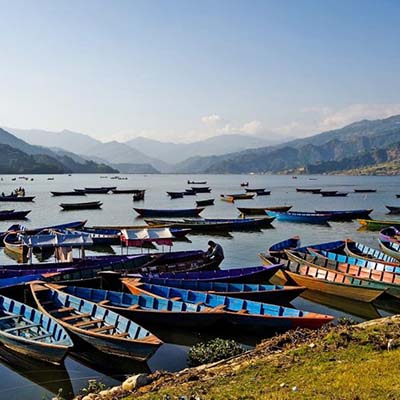 There is no seasonal constraint on traveling in and through Nepal. Even in December and January, when winter is at its severest, there are compensating bright sun and brilliant views. As with most of the trekking areas in Nepal, the best time to visit are during spring and autumn. Spring is the time for rhododendrons to bloom while the clearest skies are found after the monsoon in October and November. However, Nepal can be visited the whole year round.

Average temperatures in Nepal drop 6°C for every 1,000 m you gain in altitude.

Kathmandu Valley represents a cultural melting pot of the country, where people from varied backgrounds have come together to form a diverse population. The natives of the Kathmandu Valley are the Newars. Their culture is vastly different from the rest of the Nepali people. Their rituals, food and festivals are unique to them. Newars of Kathmandu Valley were predominantly traders or farmers by occupation. 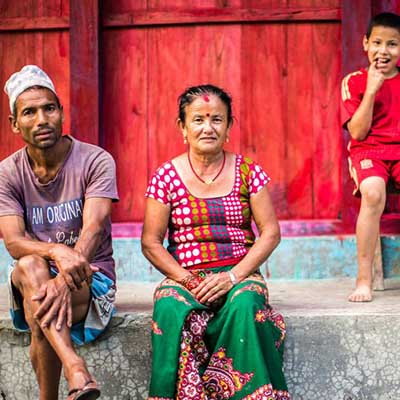 You are likely to encounter a selection of exotic animals in Nepal’s dense Terai jungles including the Asiatic elephant, Royal Bengal, the one-horned rhinoceros, monkey, hyena, jackal, antelope, wild boar, sloth bear and spotted deer. With enough luck, you can see black rhino, spotted deer, crocodile and wild boar in Chitwan National Park. The one-horned black rhino is commonly sighted, so most people will get to see a rhino on their game drive.

The western Terai jungles are home to swamp deer and wild buffalo can be found in the Koshi Tappu region, whilst endangered blackbucks can be found in the Bardia region. Nepal even has its own variety of dolphins which can be found in the Narayani and Karnali freshwater rivers and the elusive snow leopard has the vast Himalayan region as its domain. Other mammals living in high altitude areas are blue sheep, musk deer, yaks and Himalayan tahr.

Nepal is not only famous for its impressive array of large mammals, but also for its extensive selection of birdlife. In total Nepal is home to 900 species of bird, 32 of which are globally threatened. Bardia National Park in particular harbours a wide variety of birds and is home to 407 different species.

Of the total number of species found globally, Nepal possesses 2.80 percent plants. Research in 2006 showed that Nepal has 6,391 flowering plant species, representing 1,590 genera and 231 families. Nepal’s share of flowering plant species is 2.76 percent of the global total compared to earlier records of 2.36 percent. Nepal’s share of pteriodophytes is 5.15 percent compared to earlier records of 4.45 percent.

Nepal Tour Packages
© 2019 Truly India. All Rights Reserved.
Follow Us On
We use cookies to ensure that we give you the best experience on our website. If you continue to use this site we will assume that you are happy with it.Accept