Karnataka, in the Southern Part of India, on the banks of Arabian Sea is one of the widely-acclaimed tourist destinations of India because of its picturesque beauty and splendid natural sceneries, including a glorious heritage. From the hill stations to the beaches, from the coffee plantations to the national parks, from the ancient ruins to the modern cosmo culture, there are whole lots of things to explore in Karnataka. Thus, a well-planned Karnataka tour package is a must in a traveler’s diary. Tour operators for India plan well-designed Karnataka Tour India Packages for all tourists. South India Tours definitely include Karnataka in their travel itinerary.
Truly India Tours, the best DMC for India, comes up with exclusive offers to explore this beautiful state in South India. So, what are the tourist hubs of Karnataka? Karnataka is a treasure trove in the form of its popular tourist destinations like as Bengaluru, Mysore, Coorg, Hampi, Gokarna, and many other places.
Bengaluru is the capital city and also the silicon city of India. It is aptly referred as the City of Gardens too with its beautiful landscape. When you make a plan for Karnataka Tour, Bengaluru should definitely be your main halting place and from there, you can travel to other tourist locations in the state. Amongst the plethora of tourist spots to visit in Bangalore, the prominent one is the Cubbon Park. You can see here lot many statues of famous personalities, neo-classical buildings like as doll museum, Government Museum, not to forget the beautiful green cover spread across 300 acres of land. Architectural wonders like as the Bangalore Palace, Chola temples, the natural beauty of the Nandi Hills particularly at the sunset time, are not to be missed. Make sure, Bangalore tours’ itinerary cover all these places.
Mysore is another popular tourist place included in Karnataka Tours and Travels. The Mysore Palace with its stupendous architectural opulence is worth a watch, especially during the Dussehra time. Just in the heart of the city, make a visit to Mysore Zoo – a 245 acre Zoological Garden with almost 1500 animals and birds. An evening view of the Brindavan Gardens with musical fountains and transforming color lights is just magical.
If you are interested for Karnataka heritage tours, then make sure, your tour operator includes Hampi. Here, you will have a glimpse of this world UNESCO heritage site with its 500 years old ruins of Vijaynagar Empire. Hampi is also known for many ancient temples. Karnataka heritage tour, nowadays, also include Badami, the latest entry to the list of UNESCO World Heritage Sites, particularly famous for Badami Cave Temples.
Coorg is another destination opted for by tourists in Karnataka Tour Packages. A small hill station amidst the coffee plantations, it’s a perfect weekend gateway. You can also opt for a coffee tour in Coorg to have a first-hand experience of the complete journey of coffee
India travel packages also include exclusive Karnataka Wildlife Tours. Enjoy the pristine nature amidst the green dark forests and national parks in Wildlife package Tour for Karnataka. Bandipur National Park in Bandipur, Nagarhole National Park in Mysore, Bannerghata National Park in Bangalore, Kudermukh National Park and many more such wildlife sanctuaries are the homes of wide variety of birds and animals, including the tigers and the white elephants. Wildlife lovers will definitely enjoy jungle safari, elephant rides, and forest walk tours in these dark, deep woods.
Karnataka is also home to some of the beautiful beaches in South India. Gokurna in Karnataka is especially popular for its beaches like as Om Beach, Kudle Beach, Gokurna Beach, Nirvana Beach, Half Moon Beach etc. Mangalore in Karnataka is also famous for its beaches like as Panambur Beach, Tannirbavi Beach. Honeymoon Tours in Karnataka include beach tours in their tour package.
The best time to visit Karnataka is from October to April. For wildlife safari, plan a trip in the months of November, December. Mysore Dussehra Festival Tour can be planned in the month of October. During summers, the weather is hot and humid. Except hill station, the other places need to be avoided.
If you are looking for a memorable holiday vacation in Karnataka, Truly India Tours can offer you the best customized Karnataka Tour packages for you. Don’t forget to browse our exclusive Karnataka Tours India. We have the perfect Karnataka holiday tours for you to choose from. 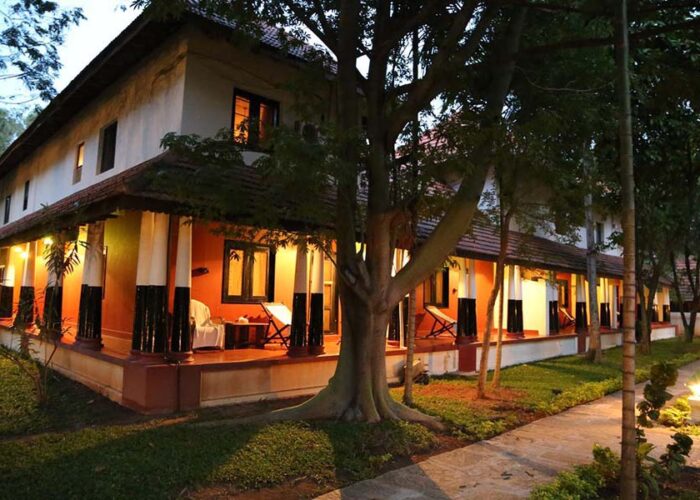