India is one country where a travel buff can enjoy varied theme vacations. One such theme holiday is the Tribal Tours in India.
India is one of the largest countries of the world with tribal population. It is home to more than 80 million tribal population belonging to almost 533 different tribes. There is something very interesting to know about these tribal population because these groups of people have their own simple lifestyle, each unique to one another. They follow their own culture and rituals, food habits, they have their own traditional dresses to wear, and the best part is that they remain close to the nature, away from the hustle and bustle of modern city life, in some of the pristine hilly regions and forests of the country. There are many things to learn and explore in the tribal tours. That’s why, in India, tribal tours are highly demanded.
You not only enjoy a unique vacation in the tribal villages but also have an out-of the-world experience when you are in a tribal tour package in India. In India, tribal population mostly resides in the north east part of the country, in Ladakh, Orissa, Chattisgarh, Sikkim, Gujarat and Rajasthan.
Tour operators for India offer specialized tribal tours as per demands. At Truly India Tours, the best DMC for India, book a tribal tour package and get a memorable insight into the existence of the tribal people in the locations of your choice. Opt for tribal tours in India by Truly India Tours to make your holiday an unforgettable experience.
Tribal tourism allows you to get a chance to see the ways of living of the tribal people, their rituals and customs. The best part is that you get a chance to explore some of the least-explored tourist regions of the country. Getting to know the simple lifestyle of the tribal people, getting to stay with them and live with them is actually an altogether different experience.
Book for a Northeast Tribal Tour and sneak into the tribal lives of the people staying in Assam, Nagaland, Arunachal Pradesh and Mizoram. Each tribal group has its own culture, speak different languages and follow their own food habits. The tribal villages look beautiful with natural green surroundings, hills and wild rivers around. In Nagaland, Hornbill festival tour is widely recommended to enjoy food, music and crafts and arts of the state.
Orissa with more than 25% tribal population, offers a unique experience to the tourists in Orissa tribal tour. Close to Orissa is Chattisgarh. There are predominant tribes here like as Gonds, Dorla, Maria and Muria who live in the thick forested Bastar region.
Rajasthan tribal tour allows you to explore the bhill tribe which is the predominant tribal group here. The Baneshwar tribal fair held at Dungarpur in January is not to be missed. During holi festival time, you can enjoy holi with the Bhils in traditional style if you book for a tribal tour during this time. Bishnoi tribal tour near Jodhpur is another not to be missed tour in your tribal tour itinerary.
Maharashtra also has a large tribal population residing in hilly areas mostly. The predominant tribes are the Mahadeo Kolis, Oraons, Katkaris, and Warlis. Opt for a Central India Tribal tour to visit some important tribal areas of central India such as Umaria, Narayanpur, Kanker, Raipur, and more.
At Truly India Tours, we offer you exclusive tribal tour package that takes you to explore the life of the tribal groups. Truly India Tours offers a range of Tribal Tours. Plan your next tribal tour with Tribal Tours India to have a lifetime experience of an incredible journey and have a close look of the ancient culture and traditions followed by the tribals of the country even today. 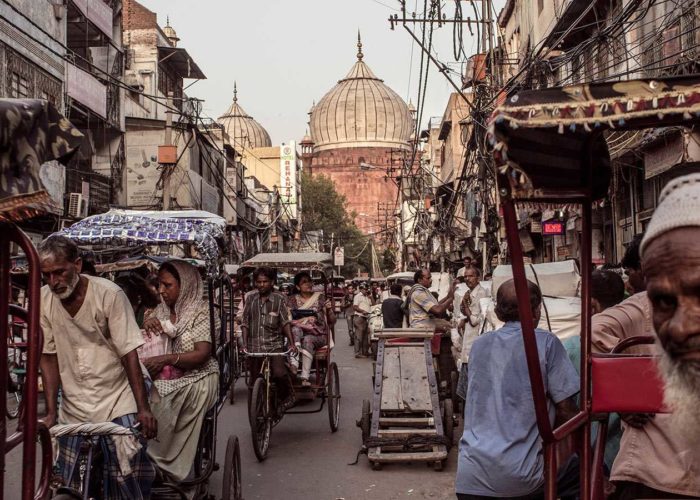 TUTC – Culture of Nagas with Hornbill

TUTC – The Land of Nagas

05 nights
Dimapur - Kohima - Dimapur
0
© 2019 Truly India. All Rights Reserved.
Follow Us On
We use cookies to ensure that we give you the best experience on our website. If you continue to use this site we will assume that you are happy with it.Accept