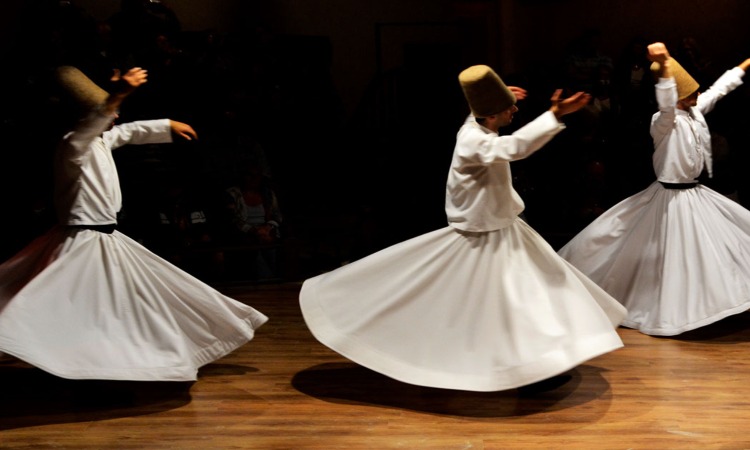 It is a once in a lifetime opportunity for every art and music lover to attend the World Sufi Music Festival held in Nagaur and in Jodhpur, Rajasthan. This is an annual festival where talents from different parts of India and the global world meet at a common platform. It is a unique opportunity to witness an amalgamation of Sufi music, art and culture that reverberates fun, excitement, and at the same time spirituality. The idea is to promote the spiritual significance of music, and how it can unite people, irrespective of communities, cultures, and creeds.

The  Sufi festival is organized by Sufism and Art Foundation (SAF) in association with Rajasthan’s Tourism Department. The World Sufi Festival will be held in the month of February in 2023. This festival showcases the rich musical legacy of the state of Rajathan. Are you prepared for World Sacred Spirit Festival Tour 2023?

The World Sufi Festival is also referred as the World Sacred Spirit Festival. The Sufi music is a kind of soulful devotional music of the Sufis, that touches the hearts and minds of the people spiritually, transcending them to an ambience of peace, harmony, and love. Sufism is a way of expressing emotions through music and encourages to spread love and peace among people. Hence, there is a kind of spirituality attached to it. And also, it has spread to the global world. And hence the name, World Sacred Spirit Festival. This is celebrated for 3 to 6 days as an ode to the Sufis in 2 places of Rajasthan – Jodhpur and Nagaur.

World Sufi Festival is regarded as a global folk music festival. It is one of the best festival tours in India. Many people prefer to visit Rajasthan during the festival time. The entire event is a magnificent one where you can see a perfect blend of music from over 10 countries in the world with more than 200 artists performing every year, against the backdrop of the royal forts of Rajasthan.
Nagaur is ancient site of Sufism and the festival here imbibes the heritage of the Sufi culture in the beautiful Ahhichatragarh Fort. In Jodhpur, the world Sufi music is held in the magnificent Mehrangarh Fort. Each year, the event has become all the more spectacular with more and more people joining in from different countries.

Highlights of the World Sufi Festival

It is a memory to cherish with when you witness the performances of Sufi artists from India and abroad performing on an open theatre, against the backdrop of two beautifully illuminated forts of Rajathan – Mehrangarh Fort and Ahhichatragarh Fort. There is a kind of peace and serenity around when you hear the Sufi songs sung by the Sufi singers. Art and music lovers, travellers, tourists all gather here to enjoy soul-stirring performances by artists from all parts of India. Prominent International Sufi artists too perform here. There is a perfect mixture of acoustics, music and lighting, giving you an ethereal experience. Historic forts are added attractions. Visitors enjoy the performances from morning till night, either near the temple or by the lake side or inside the fort complex.

The Sufi Festival in the month of February makes Jodhpur an ideal time to visit. While attending the festival, tourists can also visit the various prominent tourist destinations of Jodhpur, right from the Mehrangarh Fort to the Umaid Bhavan Palace, Rao Jodha Rock Park, Ghanta Ghar. You can also opt for the old city tour during the day time. Desert safari, camel safari, zipline at Mehrangarh Fort are not to be missed at all. And not to forget the Rajasthani delicacies in the Rajasthani havelis, converted into restaurants.

The Jodhpur Sufi music festival and the Nagaur Sufi festival bring together people from all over the world who share a common vision: a world where all people live in peace and harmony, where there is a co-existence of people and all living things on Earth. It promotes spirituality as an essential part of life, where the values of respect, compassion, and understanding are taught or practiced.

Best Inbound Tour Operators in India offer an opportunity to explore the rich cultural heritage of India through the World Sacred Spirit Festival Tours. There are unique itineraries designed by tour operators in India as per requirements. If you want to experience spirituality through music, the World Sufi Music Festival 2023 is worth attending.