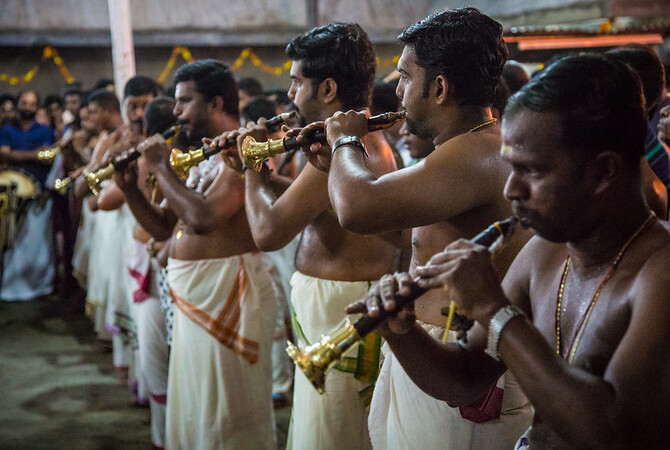 Onam is the biggest festival in Kerala and one of the most popular festivals in India. An annual festival celebrated with great pomp and fervour, which the people of the state of Kerala look forward to enthusiastically. Onam festival takes places in the Malayali month of Chingam, which usually falls in the month of August or September. A celebration of 10 days which highlight the rich cultural heritage, tradition and ritual of Kerala, Onam festival is one of the best festival tours in India in recent time. Onam Festival, Kerala 2023 dates are from 20th August to 31st August 2023. A tour to Kerala during Onam festival time is a must to have a true glimpse of the state in its best form. You can expect a memorable holiday with fun, food, happiness, and excitement during Onam Festival in Kerala.

Significance of the Festival

•Onam festival is considered as a harvest festival of Kerala. It is held in that time of the year when the monsoon ends and harvesting season starts. So, this festival is a way to welcome the harvest season.
As per legends, the Onam festival is associated with the homecoming of legendary King Mahabali, the good demon king of ancient Kerala. Mahabali, inspite of being an asura, was a very generous and virtuous king. During his rule, the kingdom prospered so much that even the Gods of Heaven, the Devas were jealous of him. So, they prayed to Lord Vishnu to get rid of him. Lord Vishnu, took the form of a dwarf, and called himself as Vamana. Vamana was the fifth avatar of Vishnu. He visited Mahabali and asked for an offering. He requested Mahabali to give him three feet land. Mahabali immediately agreed, considering the fact that 3 feet length won’t be too big. But Vamana grew so big in size that his two steps measured the entire world, and he had no place to place his third step. As a result, Mahabali bent down and asked Vamana to place his foot on his head. Vamana got so pleased by this gesture of Mahabali that he blessed him that even after his death, he can visit his dear subjects in ancient Kerala once a year. Thus, the Onam festival is celebrated to welcome Mahabali to the state.

Highlights of the Onam Festival

There are 10 days of celebrations of the Onam Festival. Each day has a name and has its own significance and rituals. Grand processions, exotic dishes, the traditional dances, the rituals, decorations, boat races and many more such significant events make Onam Festival a very popular festival for tourists all over India, as well as abroad. Some of the major highlights of Onam Festival include the following:

Preparations of the festival start a week before. Every household starts with the cleaning process. People buy new clothes. There is a festive mood in every homes. Floral decorations are made at the front of the houses or at the courtyards. These flower rangolis are called Pookalam and this is an essential part of the celebration. The Onam festival is incomplete in any home if Pookalam is not drawn. The flowers are changed every day. So, you get to see a new Pookalam design on each day of the festival. Onam Pookalam symbolizes the spirit of unity as all the family members work together to get it done.
Cultural Procession

The first day is referred as Tripunithura Athachamayam Festival. This day is dedicated to a street procession where you will have a glimpse of the true culture of Kerala with dance, music, songs, decorative floats and caparisoned elephants. This cultural procession moves across the streets and roads, creating a festive environment. The first day of the Onam festival in all parts of Kerala starts with this traditional procession. The spectrum of Onam displays its royal touch when you get to see the magnificently decorated elephants moving in a majestic manner along the streets and lanes to welcome the Onam festival.
Onam Sadhya
Sadhya is a traditional feast arranged in all homes. It is a vegetarian meal which is made up of many traditional dishes and served on banana leaf. Sadhya is prepared on the last day (Thiruonam) for family, friends and guests. Over 25 dishes are prepared. Whether rich or poor, each household in Kerala prepares the elaborate Onam Sadhya to ensure that their king Mahabali sees his subjects with the grandest meal.
Vallamkali Boat Race

Vallamkali or the Snake Boat Race is another enthralling celebration of the Onam festival. This is a major tourist attraction and the state tourism department organizes this race in a grand way. Vallamkali Boat Race is one such event which all the locals look forward to enthusiastically. Each year during the Onam festival, the rivers and backwaters of Kerala come to life, as hundreds of men row their snake boats with all the energy and strength, while thousands of onlookers enjoy the sight, cheering and applauding.
Pulikali and other Traditional Dances

Like any other Hindu festival, even Onam festival is associated with a lot of singing and dancing. Pulikali, the traditional tiger dance is a beautiful folk-dance which is artistically performed by well-trained dancers and which everyone enjoys. The highlight of the dance is the representation of tigers by the dancers. All dancers paint their body and face, with red, black and yellow colour to resemble a tiger and they show hunting moves with the beat of drums. The performers entertain everyone around with their dance steps.

Other dance forms which enchant the audience are Kathakali, Kaikottikali and Thumbi Thullal. Some of the best artists are invited to perform on the occasion of Onam. The best of Kerala’s traditional and other folk dances can be witnessed during Onam festival. It is simply enthralling for the tourists to see the richness of Kerala’s culture.
The Onam festival has diverse range of celebrations on each day. Events right from cultural functions to boat races, from sports competitions to martial arts, from folk dances to floral rongolis, from food, fest, shopping to prayers, Onam festival is a 10-day festival that depicts the elements of Kerala culture. A tour to Kerala during Onam Festival time is one of the best festival tours in India. To get acquainted with the rich diversity and heritage of the state of Kerala, book your Kerala Onam Festival Tour with the best inbound tour operator in India and explore Kerala in its best form.