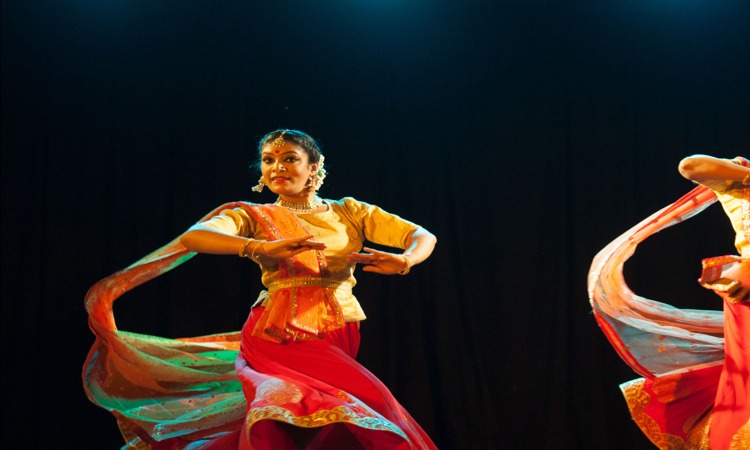 If you are a connoisseur of dance, art and music, a visit to Modhera, a small village in Gujarat is a must during the Modhera Dance Festival time. Classical dance forms have a strong association with the historical and religious significances in India. In India, in ancient times, most of the classical dance forms were performed in the vicinity of the temples. Even today, the ritual of dancing in front of the temple premises continues. One such dance festival which is organized on a grand scale is the Modhera Dance Festival at Modhera Sun Temple in the state of Gujarat.

The Sun Temple of Modhera in the Mehsana district of Gujarat is a spectacular religious monument of the Golden Age of the Solanki Empire. Since time immemorial, rulers and kings with their citizens used to enjoy dance performances here. The tradition continues even today. Also referred as Uttarardh Mahotsavor, Modhera Utsav is one of the best festivals in Gujarat. In fact, people from other parts of India make a festival tour to Modhera during the festival time. The beauty of the state’s ancient historical tradition of dance is displayed beautifully in the Sun Temple premise, attracting dancers & artists from around the world as well. Modhera Dance Festival Tour is one of the best festival tours in Gujarat, India.

Celebrations of the Modhera Dance Festival

Modhera Dance Festival has become an internationally acclaimed cultural show in today’s time. Various Indian classical dance forms are performed most beautifully on this festival. With the Sun Temple at the backdrop, an aesthetic ambience is formed for the rendition of various Indian classical dances. An annual festival in Gujarat, you see a great display of glory and splendour of the Solanki empire era and today it is considered one of the most popular celebrations of music, art, dance, and culture of the state. The festival not only showcases the varied dance forms of India but also provides a platform of bringing the cultural ethos of other regions together through dance. Dance troupes, local artists, performers from India and from many international countries participate, bringing a plethora of varied dance forms and styles, narrating the stories of the past. The Sun Temple is all in its glory and grandeur, and it seems it has come alive with music, dance and festivities around during the festival. This is a 3-day festival organized by the State Government’s tourism department.

If you are a traveller and a connoisseur of art, culture, architecture, music and dance, then you should not miss the Modhera festival. Experience the cultural heritage of Indian dance and music in a setting which takes you back in the lap of golden history. A festival tour to Gujarat during the Modhera Dance Festival has its unique charm. It is a breathtakingly beautiful sight to see the performance of dancers in their colourful dresses, showcasing the ethnicity of the country. Various dance forms along with the essence of their cultural heritage cannot be missed at all. And also, the spectacular sight of the Sun Temple with attractive lighting is something which is worth cherishing. Lively folk music echoes all around keeping the tourists spell bound.

Inbound travel operators in India offer different tour plans during the Modhera Dance Festival to pay a visit to the state of Gujarat.