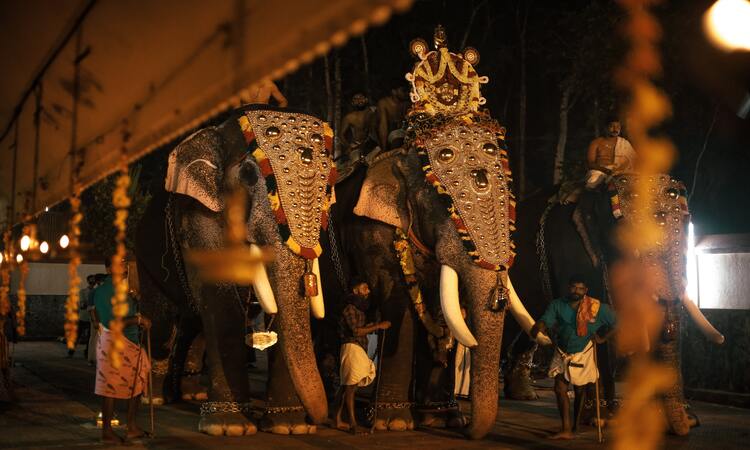 The annual festival Kuttanellur Bhagavathy Temple Pooram in Kerala makes it one of the best festival tours in India. If you want to explore Kerala with its traditional charn, then this tour is a must. Book your tickets for Kuttanellur Bhagavathy Temple Pooram Tour 2023 in Kerala, India. The post-harvest festival, dedicated to Maa Durga at the Bhagavathy Temple is an occasion that people of Kerala and other parts of India look forward to every year. Such a festival is a mega spectacle for tourists. Visiting Kerala during this Pooram is one of the best times to explore the state, along with reminiscing the rich religious and cultural traditions of Kerala.