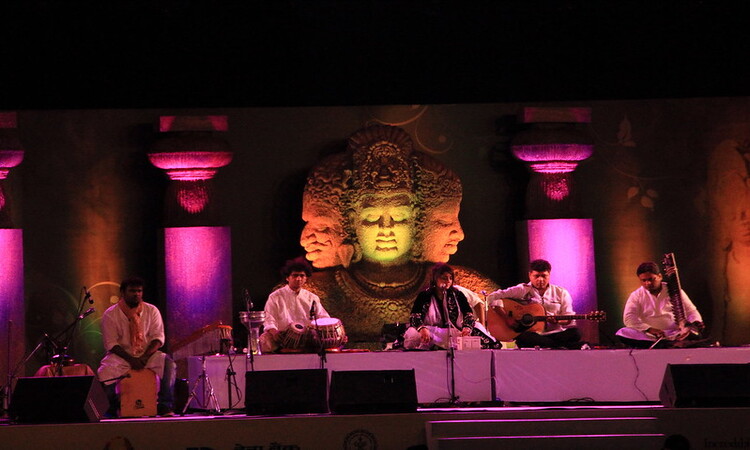 The Elephanta Festival is one of the most popular festivals celebrated in Mumbai, Maharashtra. The festival is celebrated at the premises of the Elephanta Island, located near Elephanta Caves, a world heritage site and a popular tourist destination in Mumbai. Elephanta Festival is arranged by the Maharashtra Tourism Development Corporation (MTDC) with an objective of promoting Mumbai’s tourism and culture. An annual festival that takes place in the month of February, Elephanta Festival has been organized on a grand scale by the state government. In recent time, it has been considered as one of the best festival tours in Maharashtra, India. People from India and other countries make tour plans to Mumbai during this time so that they can enjoy the festival.  Book your Elephanta tour 2023 now.

How to reach Elephanta Island?

Originally, the Elephanta Caves was referred as Gharapuri meaning “peaceful living abode of lord Shiva”. A huge Shiva statue is still inside the cave. Later on, it was rechristened as Elephanta Caves because of a Portuguese traveller who found a carved elephant on this island. The entire site is a heritage site with huge pillars, carvings, sculptures, sculptured panels and caves of varied sizes and shapes. The festival started way back in 1989. Initially, it was for Mumbai locals, and over the years the festival attracted people from other parts of India. And now it is one of the most prominently celebrated festival in Mumbai, attended by both Indian and foreign tourists.

Highlights of the Elephanta Festival

The Elephanta Festival is a complete entertainment festival. It is a treat to the eyes when at the backdrop of the heritage site, you enjoy music, dance and songs performed by the local artists and other prominent celebrities. A week-long festival when the entire island comes alive with festivities all around, with the island being transformed into a huge auditorium where you enjoy live performances of the artists. Seats are arranged under open sky. During the night time, the ambience looks all the more beautiful with shimmering lights all around, further highlighted under the moonlit sky. The Shiva idol inside the main cave of the Elephanta Island is illuminated at night, providing an excellent backdrop for the entire event.

Bringing the country’s talents together and giving them a platform to display their talent is what makes Elephant Festival a one-of-a-kind experience. The festival starts with a folk dance from the local fishermen (Koli).

Classical dances, music, plays, dance dramas and instrumental and vocal recitals are attractive events of the festival which enthral the audience.

Delicious ethnic foods are available which tourists enjoy in between the cultural programs.

The Elephanta Festival is dedicated to the diverse classical music and dance forms of India so as to keep the cultural heritage of India intact. This makes festival a truly unforgettable experience. It is a feast for art and music connoisseurs. Book a tour to Mumbai with the best inbound tour operator in India to be a part of the Elephanta Festival.