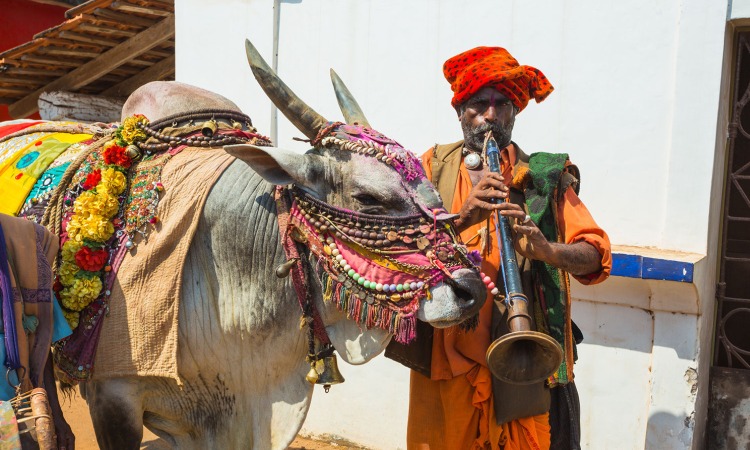 Attukal Pongala is one of the most popular traditional festivals in Thiruvananthapuram in Kerala. A 10-day annual festival celebrated at the Attukal Bhagavathy Temple, this is one of the long-awaited festivals for Keralites, especially by women and celebrated with great zeal and enthusiasm. It begins in the Malayalam month of Makaram-Kumbham, which usually falls in the months of February-March. Attukal Pongala 2023 dates are from 7th March to 16th March 2023. Dedicated to Goddess Kannagi, an incarnation of Goddess Parvati, one of the highlights of the festival is the gathering of women in large numbers every year to offer prayers to the Goddess. In fact, in the year 2009, Attukal Pongala festival was mentioned in the Guinness Book of World Records for having a gathering of 2.5 million female devotees. Ever since then, this festival is always celebrated on a grand scale by Attukal Bhagavathy Temple Trust in Kerala. For many tourists, the festival time becomes the best time to visit Kerala. Attukal Pongala Tour is one among the best festival tours of Kerala today.

Attukal Bhagavathy Temple in Thiruvananthapuram is a popular temple and one of the ancient temples in South India. Dedicated to Goddess Kannagi (Bhadrakali), the consort of Lord Shiva and an incarnation of Maa Kali or Parvati, the temple is regarded as “Sabarimala of the Women”, because women form the maximum portion of devotees. The temple has the deity of the Goddess Kannagi mounted over ‘Vethala’ and She is revered as the Supreme Mother (Attukal Amma), which means she is creator of all living beings, saviour of the good and destroyer of evil.

Highlights of the Festival

Every year, when the Attutkal Festival is celebrated, the temple comes alive with thousands of devotees from all parts of India visiting the temple to offer their prayers and celebrate the festival. For 10 days, the festival is celebrated with great devotion, fun and fervour, keeping the religious rituals intact. All locals gather at the temple complex for all the 10 days. Many people book Andalur Kavu Temple Festival Tour well in advance. Visitors from other parts of India too visit the temple during the festival time. Some highlights of the Attukal Pongala Festival are as follows:

‘Kappukettu’ ritual is held at Attukal Bhagavathy Temple on the first day, marking the beginning of the 10-day Pongala Festival. The “Kappukettu ceremony” begins with the musical rendering of the story of the Goddess Kannagi, invokes the presence of Kodungallur Bhagavathy and the killing of the Pandyan King. Musical renderings along with beating of temple drums and “Vaykurava” by devotees create an ambience of spirituality all round and you can actually visualize how good takes over evil. Musical renderings continue for 10 days.

The ninth day of the festival is a spectacular one as it is on this day, women devotees gather together to prepare the “Pongala” rice (rice cooked in milk and jaggery) on clay pots. This starts with the ritual called ‘Aduppuvettu,’. The ritual is that the pongala hearth called Pandarayaduppu is lighted and placed inside the temple by the chief priest. Once the rice is cooked, it is offered to the deity and then to all devotees. While preparing the rice, it is to be noted that the milk gets boiled and spill over, which is the literal meaning of the word “Pongala”. This is considered as an auspicious sign. The chief priest then arrives with Goddess’s sword and all women gathered there are blessed by the prise by sprinkling holy water on them and showering them with flowers. The women then take the Pongala back to the house. The ritual can only be performed by women devotees, irrespective of caste and creed, and the streets of the Thiruvananthapuram get crowded with faithful devotees during the time of the festival.

In the evening, devotees come to enjoy cultural programs at the temple complex. There are dance and ballet performances depicting folk and temple arts, songs, bhajans, and musical recitals by the local artists. Throughout the 10-day Attutkal Temple festival, there is an atmosphere of celebration and festivity all around, combined with devotion and solemn observances

The boys perform the Kuthiyottam so that they are bestowed with health, wealth and happiness. Boys below the age of 12 years make the Kuthiyottam offerings. These young boys receive the prasad from the chief priest and they start week-long sacrifice in the form of strict diet restrictions and sleeping on floor mats to purify their body and mind.

Thalappoli is another ritual and an offering made by girls. This is a popular ritual done on the Pongala festival.  Young girls below 12 years, dressed in traditional attire are seen outside the streets, carrying Thalappoli and they make their offerings to the Goddess so that they are blessed with beauty, health, wealth and happiness.

One of the events that you cannot miss is the carrying of the Goddess idol in the streets in a procession. Thousands of devotees gather on the streets to witness the beautiful and mesmerising procession, where drums and other instruments are played, there are beautifully decorated elephants in the procession, the streets are beautifully decorated, other art forms are displayed. It is a splendid sight not to be missed at all. The procession starting from Attukal temple in the early hours of the morning and after the necessary pooja ceremonies en-route, it returns back to the temple. This eventually marks the end of this beautiful festival and it ends with the sacrificial offering known as ‘Kuruthi Tharpanam’ at night.

How to reach the temple?