When you book with an account, you will be able to track your payment status, track the confirmation and you can also rate the tour after you finished the tour.
Sign Up
1859

Bhutan is truly a Shangri-La for bikers, and they are rewarded here with a unique place of incredible natural beauty, ancient Buddhist culture, magnificent mountains, lush green countryside, pure air and striking architecture. The mountainous roads are well maintained reaching height up to 4,000m, offering the most romantic sights of the Himalayan ranges and the rides are also through various types of vegetation ranging from sub-tropical to alpine, in the valleys passing through many village of terraced rice fields and fairy tale rivers. In fact, this ride has it all, winding mountain roads, off-road trails and scenic stretches through some of the most pristine forests and is bound to satisfy every rider.

On arrival in Bhutan’s border town Phuentsholing, met by our representative & after clearing immigration formalities, check in at the Hotel.

This frontier town is a thriving commercial centre, situated directly at the base of Himalayan foothills. It is a fascinating place where different ethnic groups mingle, prominently Indian, Bhutanese and Nepalese.

Later in the day as time permits visit Zangtho Pelri: Situated in city centre, this small temple represents the heaven of Guru Rinpoche.

Overnight at the hotel in Phuentsholing. (Altitude 300m)

After breakfast, ride all the way uphill to Paro. 4km ahead of Phuentsholing, stop at Kharbandi Gompa, the beautiful monastery situated in garden of tropical plants and flowers. The monastery contains paintings depicting scenes from the life of Buddha and statues of Shabdrung Ngawang Namgyal and Guru Rimpoche. From the monastery garden there is a splendid view of Phuentsholing and plains of West Bengal and their tea gardens beyond.

Ride further stopping en route at Gedu University for photos & visit Rinchending Monastery. Later after a short tea break nearby Chukha, resume your journey through a small town of Chimakothi and later stop at Chuzom, the confluence of Paro & Thimphu rivers.

Arrive Paro & check into the hotel.

Ta Dzong: An ancient watchtower, which now houses the National Museum of Bhutan.

Paro Rinpung Dzong: Literally meaning “Heap of Jewels”, built in 1646. Some of the scenes in the film Little Buddha (1993) were filmed in this Dzong.

Taktshang Monastery: The primary lhakhang was built surrounding Guru Rimpoche’s Meditation cave in the 1684 by Gyaltse Tenzin Rabgay. This incredible monastery clings to the edge of a sheer rock cliff that plunges 900 meters into the valley below. Legend has it that Guru Padmasambhava flew here on the back of a tigress. It is about 5 hours walking excursion however, one feels truly blessed reaching the monastery.

Later take a ride to the base of Drukgyel Dzong, a ruined fortress where Bhutanese warriors fought Tibetan invaders centuries ago. The snowy dome of sacred Chomolhari, “mountain of goddess” can be seen in all her glory from the approach road to the Dzong.

While returning to Paro town, on the way visit the 7th century Kyichu Lhakhang, one of the 108 temples built in the Himalayas by Tibetan King, Songtsen Gampo. The building of this temple marks the introduction of Buddhism in Bhutan.

We begin our ride today towards Thimphu, making a loop around the Chelela pass and into Haa and then to Thimphu. Climb 35 km from Paro to the Chelela pass. Located at an elevation of 3,988 meters, Chelela is considered to be one of the highest motorable passes in Bhutan. About an hour’s drive along a thickly forested road, this Pass is a botanical paradise, providing stunning views of the sacred mountain Jomolhari and Jichu Drake. It is also marked by hundreds of prayer flags fluttering in the wind.

Then continue ride towards Thimphu. You cross many villages like Karna, Jyenkana, Bitekha. The ride is beautiful with little traffic and very scenic as you drive through pine forests. Once you reach the river confluence of Thimphu and Paro, its 31 km to Thimphu on the national highway.

In the evening, if time permits discover, Trashichho Dzong (Fortress of the Glorious Religion): A Doom (Blue Stone) Dzong was built on the hill above Thimphu in 1216 by the lama Gyalwa Lhanampa. A few years later Lama Phajo Drugom Shigpo, who brought the Drukpa Kagyu lineage to Bhutan, took over Dohon Dzong. Zhabdrung Ngawang Namgyal (The one who unified the country) acquired the Dzong in 1641 from the descendants of lama Phajo and renamed it as Trashi Chhoe Dzong. The Dzong is the seat of the national government and the Central Monastic Body, including the summer residence of the Je Khenpo (Chief Abbot of Bhutan) at present.

Kuenselphodrang: A place for refreshing with a huge statue of Buddha on the top. The area also gives a very good view of the Thimphu valley from the west.

Memorial Chorten: This Chorten was built in the honour of the Third King Jigme Dorji Wangchuck, also known as “The Father of Modern Bhutan”.

Later biking to Punakha over Dochula Pass (3080 m). The pass is marked by huge stupa and 108 Druk Wangyel Choetens. On clear days, it offers magnificent views of the Bhutanese Himalayas. Tea-Stop at the pass. Then resume your journey to Punakha through forests of oak, rhododendron and pine trees.

On arrival in Punakha, check into the hotel.

After lunch, explore Punakha & Wangduephodrang towns by bike and visit Punakha Dzong This impressive Dzong was built by the Zhabdrung Ngawang Namgyal in 1637 and built at the junction the Pho Chu and Mo Chu Rivers.

Overnight at the hotel in Punakha. (Altitude 1,300m)

After breakfast, ride to Wangdue. While in Wangdue view the ruins of the Wangduephodrang Dzong.

Rinchengang Village: A small clustered village in Wangduephodrang, on a hill opposite to where Wangduephodrang Dzong was built before. It is about 20 minutes hike uphill from the nearest road.

Then biking through Black Mountains to incomparable Gangtey.

While in Gangtey, sightseeing includes:

Later explore Phobjikha Valley by bike. The Phobjikha Valley is one of the most beautiful glacial valleys in the Himalayas and the winter place for the endangered Black Necked Cranes. Travelling November through February shall give you the rare opportunity to see the black necked cranes.

Overnight at the hotel in Gangtey. (Altitude 3,000m)

After breakfast, we’ll ride through Black Mountains to Trongsa at an altitude of 2310 m, with a short stopover at Chendbji Chorten, the stupa patterned on Swambhunath in Kathmandu. There are lots of bends, beautiful waterfalls and thick forest cover on the way. The landscape around this part of the ride is spectacular.

While in Trongsa, visit:

Trongsa Dzong: The most impressive Dzong in Bhutan. The Dzong was built by Chogyal Minjur Tempa, the official who was sent by Zhabdrung to unify Eastern Bhutan. It was enlarged at the end of the 17th century by Desi Tenzin Rabgay. Trongsa Dzong is the ancestral home of the present Royal Family.

Ta Dzong: an ancient watch tower, now converted into classy museum. The chapel inside the is said to be dedicated to the Trongsa Penlop Jigme Namgyal.

Then we saddle our motor bike and cross the 3400m Yutongla pass on the way to picturesque Bumthang valley. En route, we’ll stop briefly to visit the Chumey valley to visit Yathra weaving centre.

Overnight at the hotel in Bumthang. (Altitude 2,680m)

Bumthang is also known as the Switzerland of Bhutan, the entire valley resembles the Swiss alps but with many monasteries and prayer flags that dot the hills and pine forests. It’s a wide valley and interesting to do local rides, visiting villages and sights of cultural interests.

Jakar Dzong: literally means the “Castle of White Bird”. The current structure was built in 1667.

Jambay Lhakhang: built by King Srongsen Gampo of Tibet. In October one of the most spectacular festivals, “Jambay Lhakhang Drup” is staged here.

Chakhar Lhakhang: literally means the “Iron Castle” because the original palace was made of iron and hence the name “Chakhar”.

Tamshing Lhakhang: literally means the “Temple of the Good Message”, established in 1501 by Pema Lingpa.

Tangbi Goemba: Founded in 1470 by Shamar Rinpoche of Kagyupa religious school. The temple has two sanctuaries and a temple of terrifying deities.

Overnight at the hotel in Bumthang. (Altitude 2,680m)

From Bumthang, we’ll be heading east to the town of Mongar. The ride to Mongar takes about 7 hours with spectacular view en route. We will ride up into the hills above the valley and then past Ura village, before climbing sharpely to the highest point on Bhutan’s motorable road network, Thrumshing-la pass (4,000m).

Visit the Ura Valley, the highest valley in Bumthang and believed by some to have been the home of the earliest inhabitants of Bhutan giving you an insight into how the central Bhutanese live. The cobbled streets of the traditional village of Ura give a medieval feel. The old women of this region still wear sheepskin shawls on their backs which double as a blanket and cushion.

From here, the road gradually descends to the alpine valley of Sengor, with wonderful views of cascading waterfalls and the hills of eastern Bhutan along the way. Vegetation changes from alpine to subtropical with the loss of height, and bamboos and luxuriant ferns overhang the road as we drop down to the valley floor. The descent stops at 700m, where we cross the Kurichu river. We ascend again through pine forests, maize fields and eastern hamlets to reach Mongar town, high on a gentle slope above the valley.

Picnic lunch on the way. The evening ends exploring the Mongar town.

Overnight at the hotel in Mongar. (Altitude 1,620m)

After breakfast, visit the Mongar Dzong.

Mongar Dzong: This dzong was rebuilt in 1953 and it is unique as it has two entrances. There are about 60 young monks residing in this dzong. You will see the images of the Buddha of long life, as well as Guru Rinpoche and the Zhabdrung.

Then we’re going to cruise on our bikes to Trashigang via Drametsi. We’ll cross the Korila pass (2490m) and wind our way through refreshing evergreen forests in the Yadi loops. From the Kanglung Chu valley, we’ll ride up to the quiet little mountain town of Trashigang.

Trashigang Dzong: lies on the headland of the dzongkhag that gives us the confluence of the Drangme Chhu and the Gamri Chhuit. It was built by Minjur Tempa, Bhutan’s third Desi in the year 1667. It was once destroyed by fire and was rebuilt in only three years. On the Gorikha (Veranda) are the paintings of the kings and guardians of the four directions.

Overnight at the hotel in Trashigang. (Altitude 1,150m)

Today, we’ll tackle the last leg of Bhutan Motorcycle tour, from Trashigang to Samdrup Jongkhar. This road was completed in 1965 and the journey takes about 6 hours. Along the way, pass by Sherubtse College, the only college in country founded in 1978. Riding ahead, reach to Khaling to visit the Blind School and Weaving Centre. Deothang, 80 kms from Khaling is the centre of Technical training college and road maintenance headquarters for the east. From here the road descends fairly rapidly to the plain through a dense tropical forest with an abundance of teak, bamboo and ferns.

Overnight at the hotel in Samdrup Jongkhar. (Altitude 220m)

After breakfast, received by our Indian associate for onward drive to Guwahati (110km, approx. 2.1/2- hour). 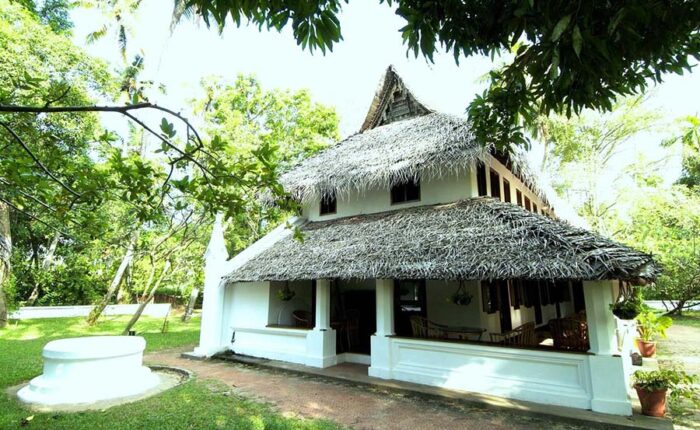